After becoming settled, the next adventure was to go on a Welcome Program. The idea of the program is to group international students together to make friends but also learn and enjoy some things Australian.

The program was hosted at one of the university residential colleges — a generally all inclusive place to live. However, the college is built in a very classic style, and ours was extremely reminiscent of Harry Potter. I’ll have to look for a picture of our dining hall, but you can see the tower and a pathway below.

We went to the Melbourne Zoo for the program. Of course, we saw kangaroos. Many of the animals were not really fenced off which was a pleasant change to be able to feel that much closer to the animals. The parrot had a few signature calls include “hello” and a cat whistle that frequently causes those passing by quite a chuckle. The day we went it was pretty warm (like most days here in Melbourne), so many of the large animals just hid in the shade — probably also due to being put in relatively small cages. Not exactly the sprawling terrain lions are used to.

Ocean Grove is a nice beach near Geelong about an hour and a half from Melbourne. We went for surfing lessons and a day on the beach. My last experience surfing ended with coral cutting my foot quite deeply in Hawaii — this time went much better. While the waves were pretty small and crashed close to shore, it was a great time learning to surf. I stood up a number of times, however, by the time I would stand, the ride was mostly over, and I don’t know if I’d have enough momentum (or talent) to really turn the board.

We found ourselves at a state level cricket match one day. It is widely believed that cricket can be boring in a way similar to baseball, a long game with relatively infrequent action and lots of standing. Cricket is in fact far worse at this then baseball, a typical cricket match takes 5 days. When we showed up at the stadium with our group of ~100, we roughly tripled the total fan attendance. The actual game can be exciting occasionally but generally there are many pitches between any spurts of action. In an effort to create the game more appealing, there are apparently often now shorter games with more audience appeal. Also, international games are much more widely watched.Â  I think the game is a bit of an acquired taste, playing with some friends for a brief game at the beach or picnic might be more appealing than a real match. 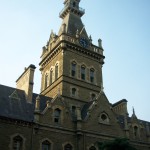 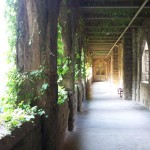 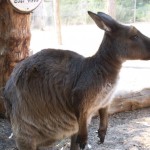 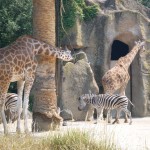 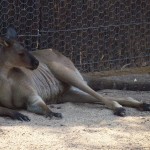 One thought on “Welcome”