Since I’ve had a bit of free time between the Welcome program and class starting, I’ve been exploring the city and going on a few fun adventures.

A group of us have gone down to the local beach South Melbourne a couple of times.Â  One of the things most surprising about this beach and the city as a whole is the relaxed feeling. The beach was sparsely populated at best and the restaurants and stores seemed to be serving a relaxed nearly non existent clientele. Despite the beach being on a bay, they take their lifesaving very seriously and have flagged a very small region as “safe” for swimming.

On one trip, there was a “surf life saving” competition going on, which appears to be a weird combination of things like running on the beach and paddling out into the water on a surfboard — I’m not exactly sure what the competition part was for as the group seemed to have little head to head races for points.

In the summers in Melbourne there are some free cultural events, one of these happens to be a set of summer concerts. I decided to go to one on the way home from the beach on a whim, not even really knowing what type of music would be played. As it turned out it was Beethoven’s 9th symphony. Yes, it is the one with “Ode to Joy” if that’s what you were thinking. I hadn’t been to a symphony in years, despite going countless times to Jen’s when I was younger… I also didn’t fall asleep, a habit of my symphony going from younger years — ingrained by Jen’s practicing right before I slept. Anyway, the concert was at a nice outdoor venue and was a really good experience. There were roughly 10,000 people. 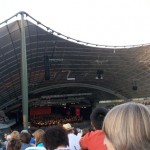 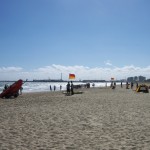