I went to the Formula 1 Grand Prix in Melbourne this weekend. It was quite an experience.

The sound. The noise is pretty incredible and probably the most indescribable experience of the race. It’s loud, but powerful and actually pretty entertaining to hear. With redlines of ~18k RPM, they rev a lot higher (~3x) than your average car, which means their exhaust is more of a song than virtually any car. This high revving passes almost every other vehicle, my motorcycle redlines at ~13.5k, and the Trans Am at 5.5k, as mentioned the pitch is quite exhilarating.

The actual F1 race is around an hour and a half, but the festivities are a day long event (really, 4 days if you go to the other races and practices and timing sessions). This means that there are several races throughout the day and lots of other cars to see in the meantime. The other cars to see were as much a lesson in history as the current F1, there were cars from throughout racing history which was certainly impressive.

The Grand Prix takes place on roads that are shut down around Albert Park lake. I hadn’t visited here before, but it’s a quick tram ride and a pretty nice area. The panorama below captures it nicely, think I’m a sucker for palm trees.

The GT race was exciting because it was road cars racing, this means high end Ferrari’s and Lambo’s fighting Porsche 911’s, a stray Corvette or two, and several others. It’s refreshing to see high end exotics doing what they were made to be doing. There was also a Mini Challenge where Mini Coopers, which appeared to be mostly stock, were raced. Unfortunately, I think this race was one of the other days or before I arrived, but certainly would have been interesting. There was also a V8 race of cars that I didn’t get a great chance to identify, but was also exciting.

Unfortunately, the race ended under safety car, after 3rd place went for a pass with just several laps left resulting in 2nd and 3rd wiping out. Jenson Button racing in a Brawn car had been wiping up the field all day though and coasted to a relatively easily victory. Somehow, Lewis Hamilton, reigning world champion, after starting in the rear managed his way to 4th place by the time all was said and done. Richard Branson who just endorsed the Brawn team has had incredibly good fortune as they landed him a 1-2 finish. I believe he was quoted as saying something to the effect of “I’m the luckiest man alive.”

It was a great experience. I don’t think it would become my new favorite hobby, but I’m really glad that I went. Now if I got to drive, it might be a different story… 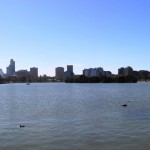 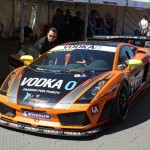 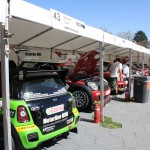 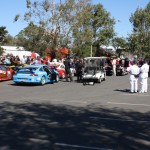 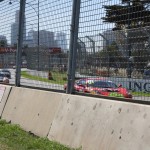 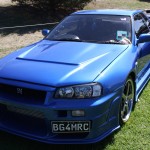 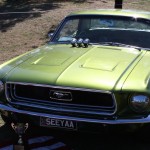 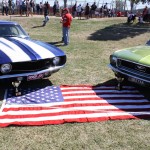 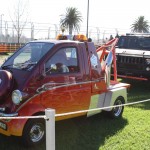 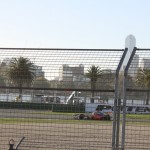 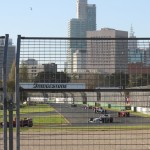