Sydney. The eternal rival of Melbourne. This led my visit last weekend to involve a number of comparisons as to which was actually better. At the end of the day, or weekend really, I prefer to live in Melbourne. I tried to take an unbiased opinion but it’s quite difficult and I’m sure compelling arguments could be made for either side.

The beaches and coastline are fantastic. Coogee and Bondi beach are both half hour bus rides from the city center. The ~6.5km walk between these two reveals some of Sydney’s most impressive scenery. Beaches flow into cliffs, the clear blue water shimmering below, and the clear blue sky above collide into a setting that’s truly spectacular.

Manly Beach is a half hour ferry ride from the city and a great way to spend a day. Manly is a small beach town that knows its audience, there are cheap beach shops and lots of restaurants. The beach itself is full of life: surfers, or surfers to be, volleyball, boogie boarding, swimming, and generally heaps of people soaking in the sun. The only real complaint would perhaps be a slight overcrowding, who can resist the perfect weather on the weekend?

The city is a bit larger than Melbourne. I believe Sydney is between 4 and 4.5 million while Melbourne is between 3.5 and 4. However, Sydney is much more of a hassle to get around. Melbourne has great public transportation with a relatively cheap train and widely covering tram system. Sydney relies heavily on buses which seem perpetually stuck in traffic.

The social life is surprisingly different, Sydney has a feel much more of a major metropolis. Sydney tends to be dressed up when Melbourne seems casual. It’s difficult to describe the feeling of the city (well, the brief feeling that I got) in a phrase, but it seemed more of a generic large city but definitely had some cool and unique features.

The Sydney Opera House, the most well known building in Australia, definitely sets the waterfront apart. It’s swooping sails are enchanting, and the building alone gives the sense that you’re in a different world.

The Royal Botanical gardens are a stone throw away from the opera house and create an impressively tranquil environment. While the city noise lies just a few blocks away, strolling through the gardens is quite relaxing. The craziest thing about the gardens however is the large number of bats that live in them. I tried to capture this in the picture below with the tree, there are bats that hang from trees across the park in the middle of the day. While famous, they are the noisiest things in the park and something of an eyesore, if you ask me.

The aquarium was impressive. Yes, I found Nemo. The best part was having the exhibits where you walked through tubes in the shark tank and the corral reef tank. Be sure to check out the warning sign below. Australia is famous for its wildlife and perhaps there is no better exhibit of that than the aquarium, though the zoo would be a good balance. It’s a great time to walk among the sea creatures, it’s absolutely amazing to think about the amount of variation under the sea. Underwater life is often grouped into several small groups, such as fish, sharks, sting rays, but it is much more complex, comparable, I imagine, to life on land. 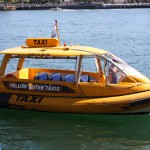 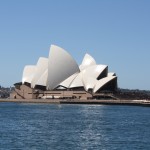 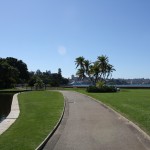 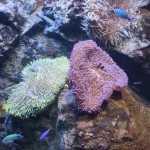 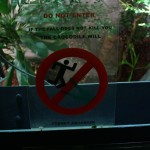 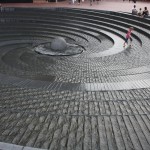 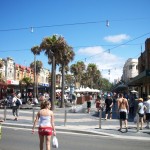 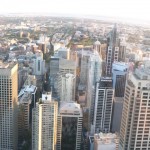 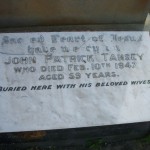 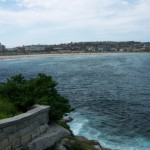 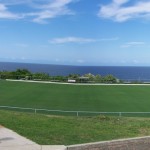