Over winter break I was fortunate enough to make it to Whistler for some skiing — one of the main locations for the 2010 Winter Olympics.Â  Even though the Olympics wouldn’t start for nearly a month, preparations were well under way, the resort had an empty grand stand by a freshly crafted chairlift — soon to be filled with eager fans of downhill skiing.

My traveling was pretty ridiculous to get there.. Flight: 7:15AM. Alarm set for 5:15AM. Dad wakes me because my clock was switched AM/PM: 6:00AM.Â  No way I’m making this flight. Leave the house: 6:10AM. Check Bags, make it through security and to my gate as regular boarding is finished. Phew! +5 Hours, land in long beach for a couple of hour layover.Â  3 hour flight to Seattle. First trip to Seattle, rainy, of course. +2 hours, bus finally leaves from Seattle, Vacouver-bound. Takes better than an hour to cross the border, uggh. I’m getting tired, and hungry. Make it to the Vancouver airport a shade before 9PM (West coast time), my friend has pressing issue and can’t bring me. Frantically find a bus that leaves at 9 to go to whistler.Â  ~1130PM roll into Whistler. Liza comes and gets me and takes me to her cabin, my ridiculous day of traveling is over, but we hang out for a few hours to add to it just for fun. Nearly 24 hours, and 3000 miles. Let’s ski.

We roll out of bed hoping to ski by a bit after 9am, closer to 10 we’re on a gondola to halfway up. It’s a beautiful sunny day, probably 25 degrees, no clouds, this is awesome.Â  Whistler is surrounded by some absolutely beautiful mountains, surrounded by peaks in every direction. It’s beautiful snow, and not crowded, we were having a great time.Â  We cross to the other major peak, Blackcomb via a new gondola (436m above ground at highest point!), for some new terrain.Â  We ski across sections of the mountain and spend a lot of time near the peak, cautiously venturing beyond the avalanche warning signs into some wild bowls. Drew, a friend of Liza, is a terrific skier, and challenges us a bit in a great way. At one point we drop off some pretty serious faces, occasionally so steep you can hardly see what you’re about to go over. We ski all day, and it’s amazing. Blackcomb peak is supposed to be just over 8k feet and the base camp just over 2k.

The next day is similar, we don’t venture quite as far distance, but take the skiing up another notch, venturing to create some paths down the peak, and challenge ourselves on many runs.Â  By the end of the day, we’re starting to drag — this skiing is real exercise. These aren’t the hills of the US east coast, these are world-class mountains.We finish on the Women’s Olympic downhill course.

The next two days other friends come up from California to join us, and the weather by now has worsened into a cloudy, often above freezing arena.Â  At some points it’s clear at the bottom of the mountain, raining halfway up, and snowing at the top, it’s pretty unreal. Sometimes the conditions were whiteout at the top. These days of skiing had stretches of easier skiing, which by now was a much-needed break. Cam and I conclude our skiing with a “peak-to-creak” run, stretching the whole elevation available.

I had a great time, reunited with old friends, and had loads of fun. My nearly day-long travel return is completely worth it.

*Unfortunately, I didn’t bring my camera for the days of nice weather, and only managed a few pictures.. And a video of the whiteout.. 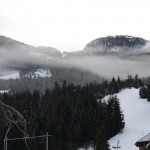 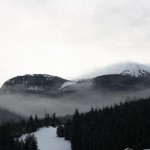 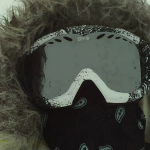 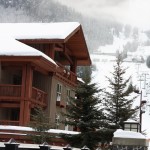 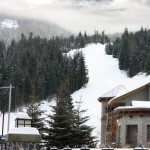