As you can see I haven’t written anything in awhile, but there has been quite a bit going on.

I started working on a little project we were talking about in my algorithms class, I dubbed the implementation ImageShrink. I don’t really plan on doing any development towards but it creates a really cool visual effect that you should check out. It’s interesting how much information our eyes have to deal with and what gets indicated in our brain as being not the important. Mostly, your brain notices edges, so if you get rid of space that isn’t an edge you don’t hardly notice.

I’m giving a presentation in my E-Commerce class on some security issues with SSL/TLS in its current state. I made a video demo of some attacks that are relatively easy to perform and users tend to know little about: Sidejacking and Man In The Middle attacks (I use ARP poisoning). I’ve attached my slides (with notes as required..) and videos. Sorry if you wanted to look at the PowerPoint and don’t have the new 2007/2008 it repeatedly crashed when I told it to conver to old style. Never would have guessed 😉
Also, I’ve fixed GAMVL to work with YouTube again, I’ll post at least some code for that soon.

The USA elected Obama. I think this could be a great step for us, as a nation that has struggled so much lately, and I think it could drastically improve our world image as well. I’m also really proud of us as a country for showing up to vote in unprecedented numbers. It’s nice to know that perhaps there still is an American spirit and pride.Â  My only real concern is that expectations have now been set sky high and that if the US fails to turn into Utopia in the next four years, there will be a lot of name calling. I guess we’ll see.

I’m going to study in Australia next semester at University of Melbourne. I’m very excited. For me, a ray of light in these dark economic times is the Australian Dollar has gone from almost exactly $1 to ~$.65, similar effects with the GBP and Euro, so it’s a (relatively) good time to travel. As I said, I’m really excited for the experience, I’ve never been to Australia (or the southern hemisphere for that matter). It will be weird going during our spring semester, because it will be essentially repeating the fall semester.

My parents came down we went apple picking and went to their first college football game in a long time, it was an exciting overtime win for us, UVA vs UNC — they were ranked 18th at the time, but we had an exciting closing stretch to push us in to overtime and win. I went to a family reunion in central PA, near to where my family lives. However, there were Amish people around with horse and buggy, I was quite surprised having gone near here my whole life and had no idea. Apparently, they’ve kind of lived “over the mountain” and just slightly out of touch with where we normally go.

I saw Jay-Z and T.I. in concert. They were really good – I’m not a huge T.I. fan, but it was still a good set. Jay-Z got to remind us all how long he’s been making hits and how many fantastic songs he’s had through his career. I saw him at HFStival a few years ago, but only really briefly because I wasn’t a big fan at the time. 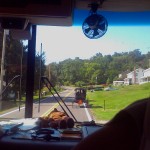 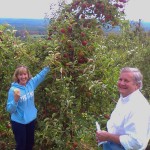 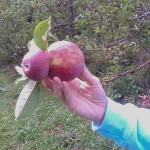 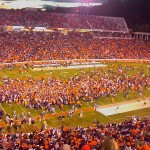 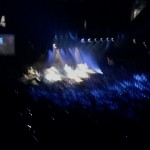